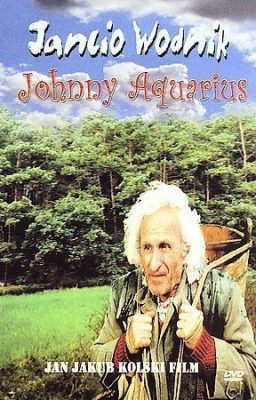 Asked to name a Polish film-maker, many movie buffs will go for Kieslowski or Polanski, some for Wajda or Zanussi, a few for Agnieszka Holland or Andrzej Munk. Very few, however, will have heard of Jan Jakub Kolski, despite his huge popularity in Poland.

Jancio Wodnik was probably one of the best received Kolski’s movies both critically and by mass audience who flocked to movie theaters across Poland in 1993 to see this timeless morality tale, attracted by its originality in the visual and narrative and magic realism sprinkled with a Polish flavour and humour.

The old man Johnnie lives a peaceful but eccentric rural life with his young wife Veronica. Shortly after conceiving the child they have longed for, Johnnie discovers that he possesses previously unsuspected healing powers, and can control the elements, water in particular. He sets out to bring his magic to the world at large, leaving Veronica to fend for herself. A few miles into his journey he runs into Stygma, a Harley- riding carnival con-artist and fake stigmatism, and they team up, drawing disciples and hangers-on to the entourage that eventually makes a fat living from the countryside through the combined efforts of Johnnie’s faith-healing miracles and Stygma’s hokum. Veronica calls for Johnnie when she is about to give birth, but the conjurer considers himself beyond the obligations of family life. As if marked by Satan, the child is born with a tail, and Johnnie simultaneously loses his mysterious powers. He wakes up, abandoned by the people, with only Veronica watching over him. The beautiful love that had been between them has extinguished. Johnnie tries to work the last miracle – he decides to turn back time…
Free of charge but…a small donation will be appreciated to cover the costs.