Peterborough city centre has a wealth of potential sites which could be enhanced with groundbreaking public art. This exhibition will show the city in a new way, inviting viewers to visualise it as a space for exciting cultural experimentation.

In May 2016, Paper Rhino held a series of workshops with Peterborough residents, artists and students
to harvest suggestions of where artwork should be situated in the city and what it should include.

Paper Rhino commissioned a photographer to take images of the chosen sites, including iconic Peterborough landmarks like Crescent Bridge and underused walls such as The Apex. The project identifies the parts of Peterborough city centre where art will have the maximum effect on the lives of local residents – the spaces they pass every day and would like to see improved.

They created and developed the work, then digitally superimposed it onto photographs of Peterborough. Advanced Photoshop techniques allowed them to make photo-realistic examples of the spaces complete with the art.

As the final celebration of the project, Paper Rhino
will be exhibiting the work in the courtyard at Metal, Peterborough.

The exhibition will kick off with an afternoon launch event with drinks and nibbles on Friday 3 Nov from 4.30 – 6.30pm and run until the end of November. The opening event will include:
● Talk explaining how Paper Rhino design and create large public murals.
● Screening of behind-the-scenes footage of Paper Rhino at work.
● Unveiling a pattern-based mural that will cover the main entrance at Metal.
● The final artwork, including work by Interactive Media and Graphics students from Peterborough Regional College. 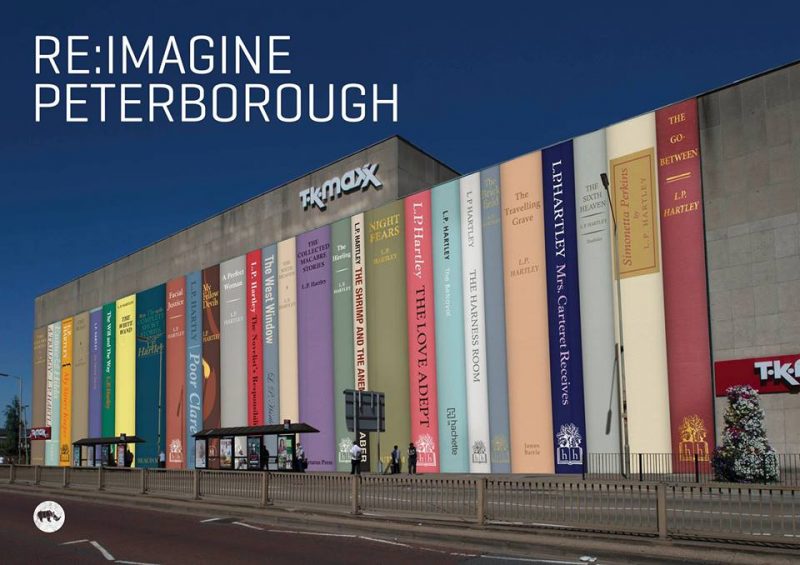