Sun Henge and the Winter Solstice 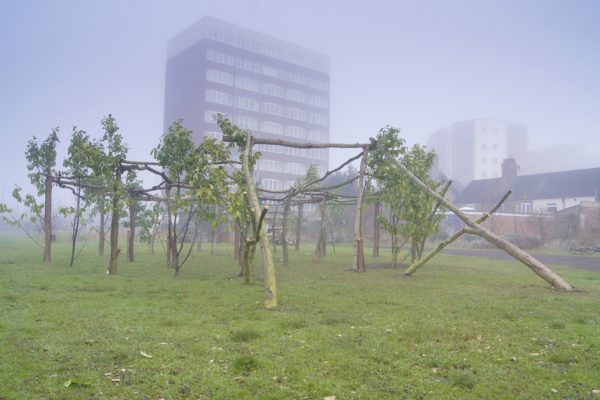 A ‘Sun Henge’ at The Green Backyard, Peterborough has been built by a team of six over a weekend during December 2017. Made in time for the Winter Solstice on the 21st, the structure is made from branches supplied by local tree surgeons. Every day at noon, if the Sun is shining, the heel post 36ft to the South of the henge casts a shadow through the large southern ‘Sun Gate’ directly onto the central post.

Seen here in the mist of winter and decorated with Laurel from the perimeter bushes by Lauren Kendrick and Rich Hill of the Green Backyard. Behind is Apex house in the centre of Peterborough. The Green Backyard is a communal garden space run by a board of trustees that despite greatly benefitting and serving the local comminity, is under constant threat of development. 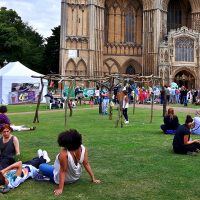 Torii doors from Shinto shrines are symbolic doorways passing from the mundane world to the spiritual world, literally translated torii equates to ‘bird perch’. Here torii doors have been joined into circular structures evocative of henge monuments from Prehistory such as Stone Henge or Wood Henge.

Two such structures were made in the lead up to and for the Green Festival in Peterborough, August 2016. This build developed the ‘Sea Plastic Torii Henge’ as built in the Peterborough Cathedral precincts for the PECT Green Festival 2016.

The available space lent to a structure about 30ft diameter on mostly clear, roughly level ground most of the Torii-henge is some 7ft tall, the Sun Gate, an enlarged opening with extended rails positioned at 11am and 1pm using the sun on the 18th December as guide measures some 10ft high, The heel post is 36ft to the south. 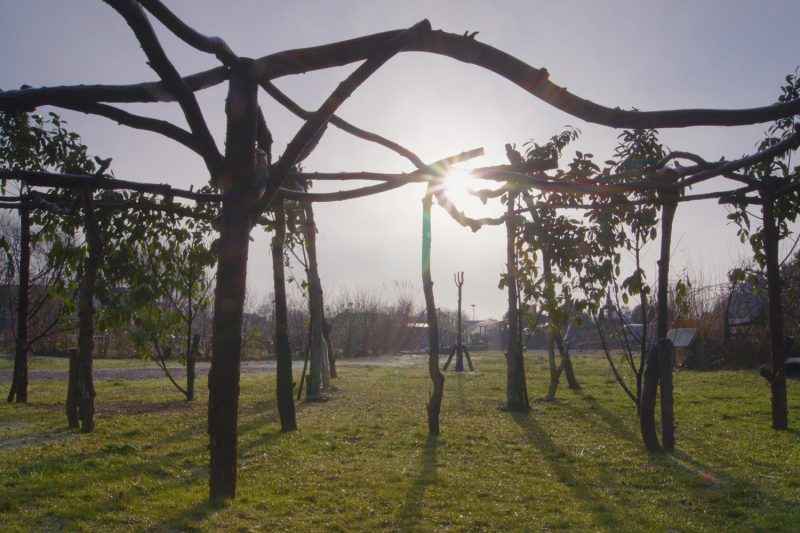